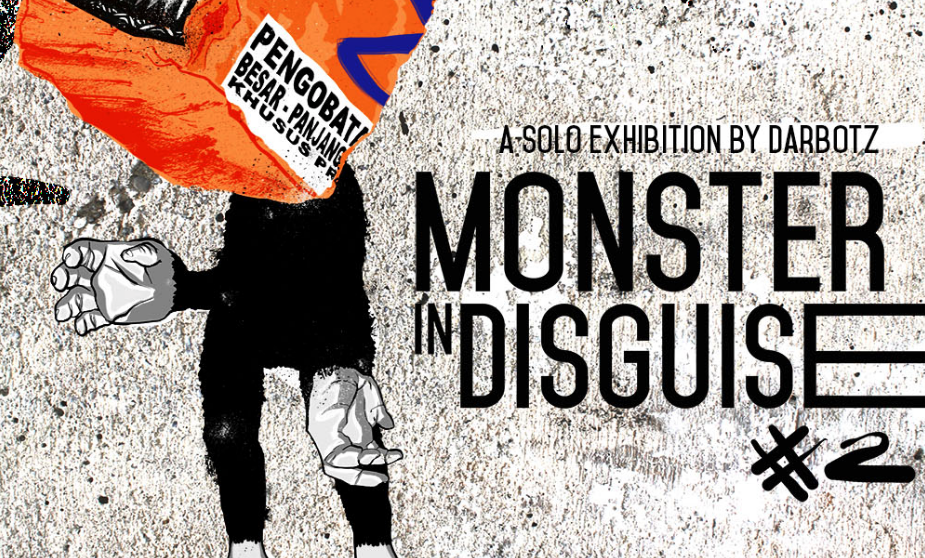 Celebrating its eight anniversary, viviyipartroom will present solo exhibition by Darbotz. The exhibition titled: Monster in Disguise #2 is the continuation series of Darbotz’s first solo exhibition in 2009 in Singapore by the same title. It will take place in Pacific Place Mall, whom will host Mall Art in conjunction with Bazaar Art Jakarta 2016, 25-28 August 2016 at The Ballroom of Ritz Carlton Pacific Place Jakarta.

viviyipartroom started in 2008 with mission to nurture and promote Indonesian young artists talents. Along the years, since 2009 we have exhibited them in Singapore (gallery and Art Stage Singapore), HongKong (ArtHK), London (ArtLondon), Sydney (Art Sydney) cooperating with local galleries and art institutions.

Today, they have gain reputation locally and internationally as Indonesian promising contemporary artists.

In 2012 Darbotz had his solo exhibition at viviyipartroom, titled The Boy Who Became A Monster. In this new solo exhibition, Darbotz will produce a continuation series of Monster in Disguise from his first solo exhibition in Singapore. “We see so many things on the street everyday, like it or not it becomes part of our life. it becomes a symbol or a signage in our brain.

Big city makes you a monster, you have to adapt, or you will be gone. things that you see everyday also become a monster, become an anomaly of the city.”

Darbotz will present his artworks of resin figure, wood cut, graffiti works on canvas and his other new experiments. 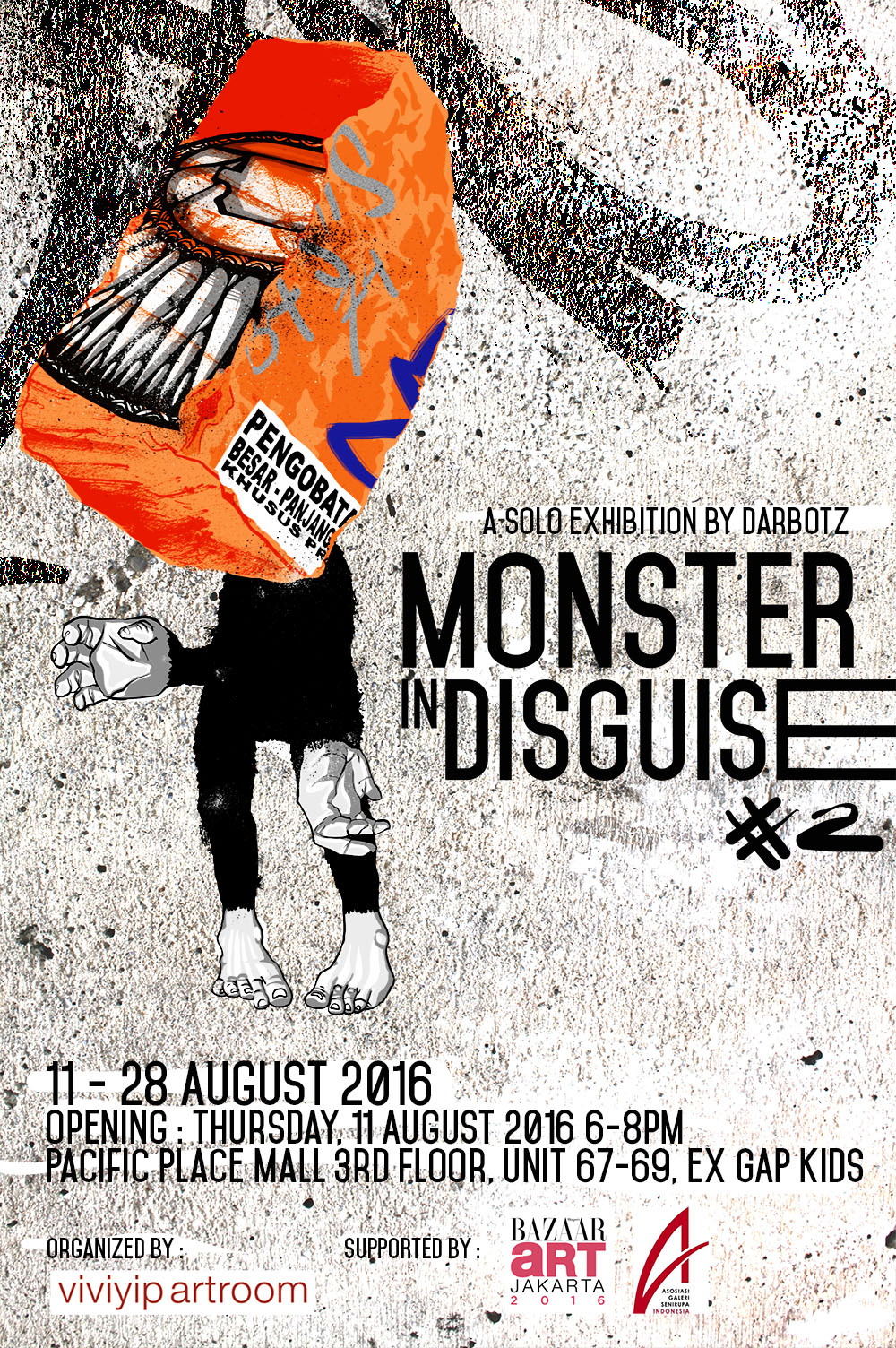