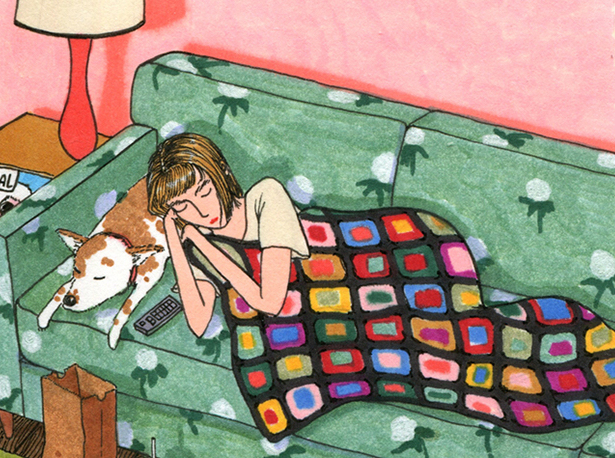 Illustrator Sally Nixon says she loves drawing girls because they’re “pretty” but far from just depicting beautiful babes, there’s depth and nuance to all of her characters. Based in Little Rock, Arkansas, Sally’s illustrations are boxed into squares, which act like windows into her ladies’ daily lives.

Sally’s work, which has been featured several times in Lenny Letter, is strongest when she draws a whole scene as opposed to single portraits. It’s here the illustrator’s expressive style shines through as girls get changed, make French toast and even go to the loo. While these activities are relatively mundane, they’re still engaging because of the little details Sally includes whether it’s the books that surround her characters, the clothes she puts them in or the environment she’s created around them.